Where Can I Find Resources for the Mission Santa Cruz? 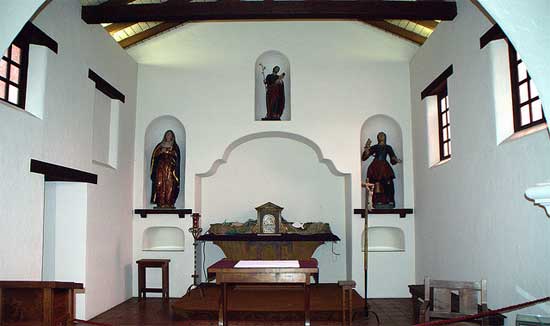 Below you will find a set of resources for the Mission Santa Cruz assembled by ClassBrain.

The Twelfth Mission
Mission Santa Cruz sits on a gentle slope surrounded by the beautiful redwood trees not far from were they meet the Pacific Ocean. When Father Lasuen raised the cross and said Mass on this picturesque location, little did he realize the misfortune and troubled times that would befall the mission.
Source:       BGe Internet Services

Almanac: California Missions
Get a data sheet for this Mission and view some of the oldest pictures available from this site.Source:       Joel Gazis-Sax

Tour the Mission Santa Cruz
Take a virtual tour of this Mission through some colorful photographs.
Source:       CaliforniaMissions.com