What is the History of Mission San Buenaventura? 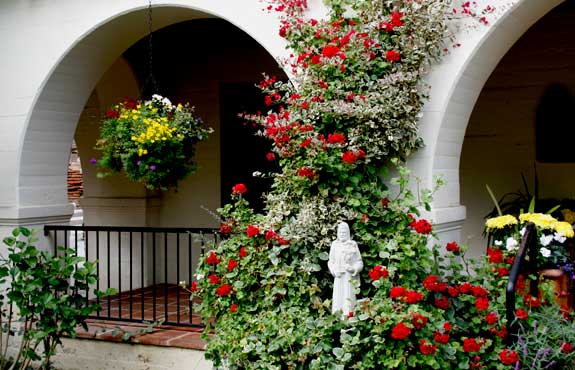 What is the History of Mission San Buenaventura?

The Founding of Mission San Buenaventura

Father Junipero Serra founded the Mission San Buenaventura on Easter Sunday, March 31, 1782. It was the ninth of California’s 21 missions, and consequently the last mission founded by Father Serra. Father Serra founded the mission on the edge of the Santa Barbara Channel and held an Easter mass there on the day of the dedication with the help of Father Pedro Benito Cambon. During the mass he dedicated the mission to Saint Bonaventure. On that site the missionaries constructed a small chapel overlooking the ocean.

In 1794 the original chapel burned down and construction began on a new church. The completion of the church that stands on the site today took 15 years. With the building of the new church came more problems. In 1812 an earthquake shook the coast of California and excited a tidal wave off the coast. This damaged the new church extensively, although the missionaries were able to save the church.

The problems continued when the Gold Rush hit California. One of the first finds was at the plot next to the mission. Soon prospectors were swarming the area in search of gold. A rumor began that the fathers at Mission San Buenaventura had known about the gold for years and had used Indian labor to mine the area. Of course the rumors were false, but that didn’t stop men from breaking into the church and prying up the boards of the floor where they believed the missionaries to be hiding gold.

The mission was one of the more successful ones in California. Like most California missions, the Mission San Buenaventura supported itself and the Native inhabitants of the area by growing crops of wheat and corn. They also raised herds of horses and cattle, and cultivated grapes in a vineyard. In need of a water source, the missionaries created a canal from the base of the mountains to bring fresh water to the church. This supply of water allowed the mission to grow large amounts of staple grains, along with exotic fruits and vegetables.

Indian labor contributed greatly to the economic success of the mission. They accepted the Spaniards into their society and began working to help the missionaries immediately. The natives were so supportive of the Christians, in fact, that the Mission San Buenaventura was actually built in the center of their village. It was with the support of these helpful Natives that the mission gained its success in the area. 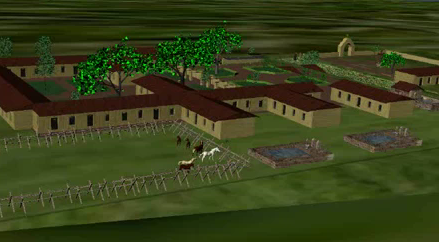 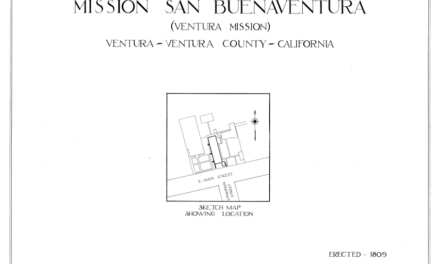